On many of my training programs when inviting participants to push things, experiment and explore beyond their habitual behavioral boundaries I’ll often ask them to pretend. By this I don’t simply mean ‘fake it’ but to think about it as pre- 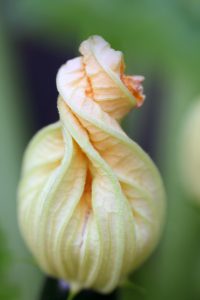 tending. To give themselves over to something (an activity or idea) in a way that might help cultivate and form something new and powerful in their way of being or thinking. To treat a seemingly new or underdeveloped behavior like a new young shoot which requires some intentional yet gentle care to support it into growth.

I also view Vonnegut’s perspective similarly in that we must certainly be intentional and wise about what it is we’re tending into being. Particularly as leaders. While much has been written about the aspirational qualities of great leaders, far less tells us how we might actually go about developing them when coaching leaders. Particularly so with perhaps more emotive and seemingly “softer” capacities such as compassion, empathy and humility.

How might we develop qualities of being such as these? Aren’t these somewhat developmentally fixed? In a sense, just how we are?

Anyone familiar with my work will know I don’t take the view that  most of us need to build these capacities entirely from the ground up even if they’re not currently obvious or simply unavailable. My method generally begins by working to identify the places and times in life when these capacities are or have been present which gives us important leverage points to then coach ways for them to be developed (to pre-tend them) and introduced into other contexts. In very small numbers of the population there may be reasons for these not being accessible (eg. in the case of certain clinically significant psychopathologies), but such cases are really quite rare. For most of us they exist but might only pop their heads up in certain scenarios, ones where we judge them to be appropriate or safe to reveal, meaning they’re context dependent. While there’s certainly more to all of this, much of which leans on the extremely fascinating psychology of Multiplicity, that is for another day.

For now let me outline a model of the key qualities of a next generation leader who’s truly equipped to negotiate the complex demands of our current rapidly evolving and disruptive organizational and social landscapes. To do that I use the acronym: CHOICE. This forms the framework and markers of great modern responsive leadership and domains for development when coaching leaders who want to go to their next level.

While we have two C’s in CHOICE, I like to lead with this one as it speaks to the ability to act with genuine care, consideration and empathy and to not intentionally do harm or wrong. It’s this which tempers the quality of strength, but mere shows of strength without an ability to feel connected through one’s human-ness takes us into the zone of autocracy. Companies and organizations are not merely their buildings, factories, ideas or bank accounts, they are primarily about people—those who work in them and those in society they serve. These facts, all too often overlooked for short term gains, come at the sacrifice of the very stakeholders who keep the wheels turning. Stanford researcher Emma Seppala has written extensively on the multiple benefits to business of cultivating compassionate leaders and internal culture.

I see this as potentially one of the key assets of a powerful and great leader. One who’s prepared to lead alongside rather than by diktat from above. A leader who is able and willing to listen & learn. Without this one is simply not able to receive feedback from the system and therefore is unable to respond appropriately, accurately and wisely. Growth is not possible and the system (read: company, teams and organizational culture) stagnates and rots. For a great article on this  Harvard Business Review  piece by Dan Cable outlines some case studies and some fascinating research on the benefits.

Related to humility this means that one is willing to own their actions & words and take personal responsibility. If we want others to do so within the organization then that example must start at the top. Delegation is essential of course yet who we delegate to, how well we’ve prepared them for success etc. is all on us as leaders. One lesson I always taught my teams is it’s not the mistakes, error or fails but how we learn from them and create new systems to deal with them which is important. To do so means we can’t pass the buck!

On one level this simply means to be ethical and honest. To not lie, cheat or pass the buck as above. Leaders set the culture in their organizations and if you can’t be honest then there’s little to no chance that those under you will. Or worse, those who do have integrity will simply leave. I think this also talks about the importance of transparency. There are certainly times when information needs to be guarded, but ring-fencing everything simply creates suspicion that something dodgy is possibly going on. Yet another meaning of integrity is that something is whole and complete, and I believe this offers another important angle to consider: A leader who is prepared to develop themselves and show up as a whole person and not just a persona. Take development courses, get a coach, a mentor and/or a therapist who will help you to become a full human being who knows themselves, their triggers and biases and is actively working on them to become more whole and complete. This article in the Journal of Leadership Studies gives great insights on the importance of integrity.

This is the ability to act with braveness of heart. Our English word derives from the French (and earlier Latin) word for heart. So it is to be able to make the difficult but right decision yet also able to do so with empathy, humility, integrity & compassion. To not lose touch with our human-ness and the fact that we are dealing with others who also have feelings and families and lives. That we’re all capable of greatness as we are failures and mistakes. We often need some steel and fire in our actions. To be able to stand our ground as leaders and show this important quality of courage to those we serve while doing so without disconnecting our ability to feel and be human. Now that is some next level leadership!

What does this mean? It speaks to that second form of integrity in that one is whole. Not just a talking head. Cognitive science (the field which explores thinking and decision-making) tells us that the mind is an integrated process of the entire body and so to engage & manage one’s full range of intelligence (emotional, physical, psychological etc.) means we need not merely IQ but also SQ—somatic intelligence—online. It asks that one is comfortable in one’s own skin but more than that, having a developed literacy of the who of you brings implicit intelligence forward in awareness making you a more nuanced, intelligent, responsive and effective leader. Go here for a terrific study on Embodied Leadership in the Journal Leadership.

On that last section of Embodied: if you’ve already read my piece on next level leadership you’ll recall I have a quote from a Fortune 100 VP who, after implementing just some of my methods, wrote me,

“The results of embodied leadership are: team commitment that transcends the work itself and the organization; individuals bringing their whole self fully online every day; a world where all feel free to uncover every rock, think from a world of possibility, test and learn to grow every day…”

This model works and has real world implications on performance and bottom-line as it does on organizational culture in general.