“We must accept our multiplicity, the fact that we can show up quite differently in our athletic, intellectual, sexual, spiritual—or many other—states. A heterogeneous collection of states is completely normal in us humans. The key to well-being is collaboration across states, not some rigidly homogeneous unity. The notion that we can have a single, totally consistent way of being is both idealistic and unhealthy.”

At least in the context of human psychology the term multiplicity has long been used to describe the mental health condition known as Dissociative Identity Disorder (DID), a severe clinical pathology where an affected party demonstrates at least two distinctly separate personalities which present at different times with each generally having no awareness of the other. To be clear I am not at all talking about this condition when speaking of multiplicity. What we’re exploring here is aligned with Siegel’s version above and in fact, there are now many psychological interventions which place this version of multiplicity as a key route to greater psychological harmony, functioning and health. I also see Parts Multiplicity Work as an essential coaching tool for generating insight and creative thinking, overcoming internal roadblocks and making deep sustainable behavioral change.

While we all like to think of the me in here—the self which looks out, thinks, speaks and acts—as a solid singular 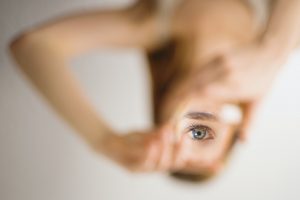 entity with its mind made up entirely about who it is and what it thinks, we don’t have to go too far in our own behavioral repertoire to find examples which can easily refute this notion. How one engages with a lover is (appropriately) completely different to the one who shows up at the ball game. The manager self at work is a very different human to the ‘me’ who comforts the young child with a bruised knee. Equally, who isn’t aware of their various competing inner voices when critical decisions need to be made? Or even the internal debating society hard at work advocating whether to have that piece of chocolate cake or not? If we take just a moment to evaluate our direct experience, it’s easy to see our ‘me’ is much more multifarious and far less monolithic than we prefer to think it is.

How often have you heard or said yourself, “That’s just not like me.” after some embarrassing act which most definitely was you or them? The self—or perhaps better to say selves and what we sometimes even call personalities—are clearly not so fixed and stable as we like to think but more characteristics which alter according to the conditions of the moment.

In 1963 Prof. Stanley Milgram published the (rather literally it seems!) shocking results of a psychological experiment he’d run in a basement at Yale exploring obedience to authority.  One participant was instructed to

administer electric shocks to another and Milgram wanted to see just how far they would obey. While considered ethically dubious (though the shocks were fake and the shockee was an actor) the results were compelling, showing that the shockers would act far out of their perceived moral norms.

Sixty five percent of experiment participants were prepared to administer the experiment’s final massive 450-volt shock when instructed to do so despite the screams and pleas of the shockee, and all of them administered shocks of what they thought was 300 volts.

The experiment has been replicated and the results are not at all unlike those of Zimbardo’s famous Stanford prison experiment. Go look it up.

My point here is that who we think we are is not at all so clear cut. Context rules and the who that shows up is relative to that context. This simple yet easily recognizable fact for every one of us is the reason that despite our desire to think of ourselves as ‘this or that type of person’—a clearly defined personality—that is simply not how it works. We are a multiplicity. Many different competing voices or selves rearranging themselves according to the conditions of the moment.

This fact is also why all those fancy personality tests so beloved particularly of HR departments across the globe are frankly not worth the time it takes to fill them out. Honestly, most are simply unscientific.

Adam Grant, an organizational psychologist at the University of Pennsylvania on the stupifyingly popular Myers Briggs writes that, “There’s just no evidence behind it. The characteristics measured by the test have almost no predictive power on how happy you’ll be in a situation, how you’ll perform at your job, or how happy you’ll be in your marriage.”

Instead what’s needed is to embrace our multiplicity and cultivate a more nuanced way of understanding and relating to the complexity of our inner environments.

One way is by engaging directly with the different selves, either negotiating for them to come forward or working with who shows up in relation to the moment. Such work is not actually entirely novel and there have been several therapeutic methods developed for doing so—Voice Dialogue, Internal Family Systems, Focusing and more! I’ve been developing my own method in coaching since my early introduction to Voice Dialogue, a rich seam of work developed in the 1970’s by Jungian psychologists Drs Hal & Sidra Stone. 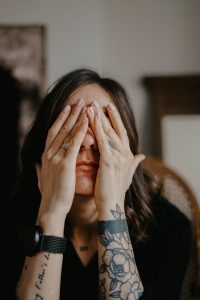 While parts and selves work has generally been the preserve of therapy (showing particularly astonishing healing potential with trauma survivors) it understandably offers rich possibilities for we coaches yet there are some critical differences in both approach and implementation. In therapeutic parts work the focus is often on revealing and healing clinically significant psychological wounds and much of the session will be spent following the trail of and negotiating with many internalized parts, particularly damaged or dissociated ones.

As a coach however I generally tend to work with only one or maybe two key voices in a session, and even then only intermittently over the entire session, primarily to bring forward new information into the conversation, renegotiate an internalized relationship and to generate embodied shifts (meaning the client feels different about a situation—the shift is also somatic not just cognitive). Where I may work with a part is when there seems to be a particularly strong voice present. Often this proves to be a conditioned old belief or message emerging which will unsurprisingly prove to be a primary hindrance to the client’s success in the very area we’re working on. Clearly overcoming internalized obstacles such as these is essential if the coaching is to succeed and the client move forward.

You could, of course, have a very reasonable conversation with the client about the voices perspective, but the problem is that often these voices or perspectives were internalized very young and have therefore been consolidating their grip for a very long time even though they no longer serve the client’s interests or even make rational sense. Yet have you ever tried reasoning with a 5 year old? Right there’s often why trying to make sense from the current adult state is simply not going to work. But it is precisely why bringing the voice or part forward, giving it space and treating it as a client itself can reap such incredible results.

It’s also true that not all parts are young and certainly that while some are rather shouty and dominant, not all are or have ever been given space to speak, yet all are impacting on behavior and decision-making. Some we find it easy to identify with and others not, yet all are part of the community that 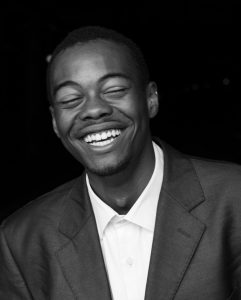 make up the complex dynamic living process called you. We coaches spend a lot of time learning powerful questions for getting under the hood of the client’s process but imagine being able to work directly with the voices (also read emotions, beliefs, views and internalized messages) themselves. What possibilities that might offer for getting quickly to the heart of a client’s motivations, fears, desires and obstacles and negotiating directly with them.

I can honestly say that the results of Parts Multiplicity Work are truly astonishing. Time and again my clients report developing entirely different relationships with their inner community, their sense of self and their outer world which offers them the ability for greater insight, creativity, harmony and freedom. It’s genuinely powerful work and does need a little instruction and practice but is an essential component of the Emergent Coach Training program for its sheer ability to rapidly help clients get to the heart of their challenges and problems and create true success and change.

All this above is why the fact of psychological multiplicity—the vast range of internal potentials both for good and bad which exist within us all—is essential for us to acknowledge as humans as it is a vitally important area for we coaches to be able to skillfully engage with. Without doing so you may well merely be working with only one small aspect of a client while leaving the rest of their internal community quite untroubled, all of whom will easily overrun any decisions or commitments made by the part you work with in the session.